Solar PV (Photovoltaic) panels consist of numerous photovoltaic or solar cells which are created using silicon, boron, and phosphorous arranged in a grid-like pattern on the base. PV cells are used to generate electricity from sunlight, which is a great alternative renewable source for pollution-free electricity generation. The electricity generated through solar PV cells is used to charge batteries and provides electricity in off-grid areas, remote power systems for cabins, remote sensing, telecommunication equipment, etc. 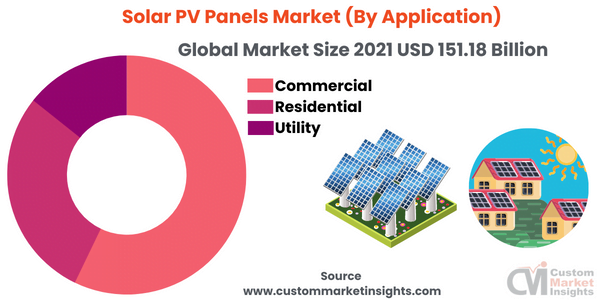 The photovoltaic panels generate electricity through the photovoltaic effect in which the panels absorb the sunlight in the form of photons which get converted into an electric current. These photons strike the panel surface and the electron is knocked out which again gets pulled by the magnetic field generated by the solar panels, and electricity is generated. Solar PV cells were initially used in spacecraft, but currently, they have been widely used in the commercial and industrial sectors for the generation of electricity.

Currently, Asia Pacific owns the leading position in the global solar PV panel market and is projected to have significant growth during the forecast period. The increase in solar power installation demand across countries like China and India as an alternative source for electricity generation. These two countries with a large consumer base are the key regions for the establishment of the solar PV panel market across the Asia Pacific.

The low production cost of the plants and the government’s initiative to achieve the target of reduced carbon emission led to the growth of the solar PV panel market across the Asia Pacific. 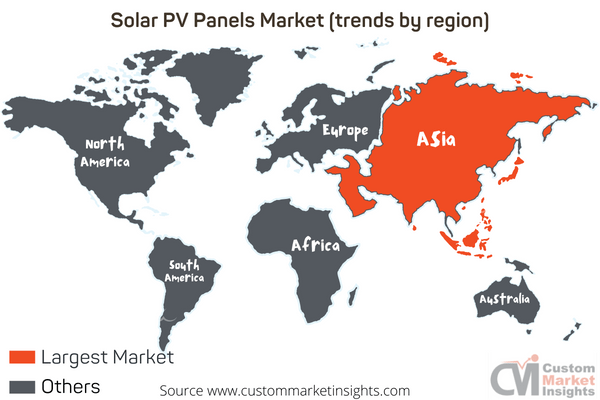 The growth of the solar PV market is driven by the environmental awareness associated with the depletion of non-renewable sources and the emission of pollutants from such sources. The rapid production of energy from renewable sources and the transitional shift from conventional to renewable, associated with environmental friendliness, are the factors that drive the growth of the solar PV panel market across the globe. Several under-construction projects associated with the government’s supportive measures are expected to drive market growth in the projection period. Several solar PV panels have been installed and are expected to become the major source of electricity by 2030. 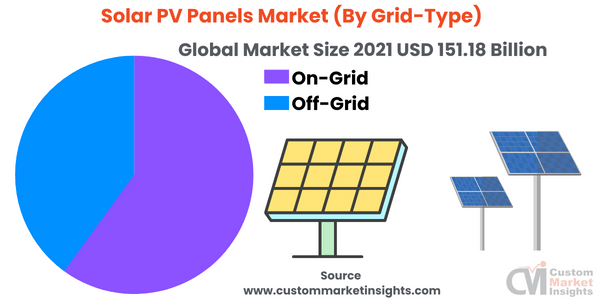 The government has introduced various preventive measures against the reduced GHG emission and non-renewable resource depletion resulting in the industry shift toward solar PV panels. The increased investments in the generation of renewable sources of energy may offer lucrative opportunities for the global solar PV market. 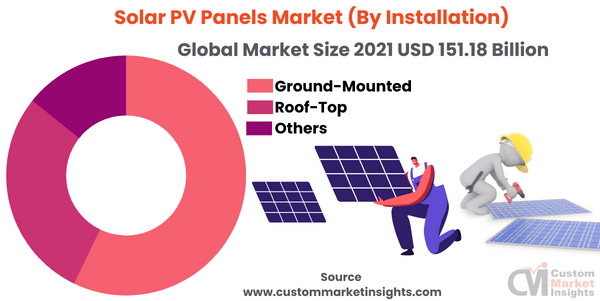 One of the major challenges of the solar PV system is the lifetime of the installed solar PV panels under multiple environmental conditions. The quality and ability of solar panels degrade under tough environmental stresses, such a factor is crucial for the global market to retain its growth in the future. Along with that, the lack of proper energy storage and maintenance is another crucial challenge for the market. Usually, solar-generated energy has stored batteries that require high cost and maintenance. The solar PV panel installation is costly as compared to the other traditionally used panels which are challenging for the market growth in the forecasting period.

Based on technology, the crystalline silicone segment held the largest global market share in 2021 and is expected to witness potential growth during the forecasting period. The rise in demand for solar PV applications in industrial, commercial, and residential supports the potential market growth across the globe. In addition to that, the crystalline silicone segment offers high stability and efficiency rate, which drives its growth in the market. 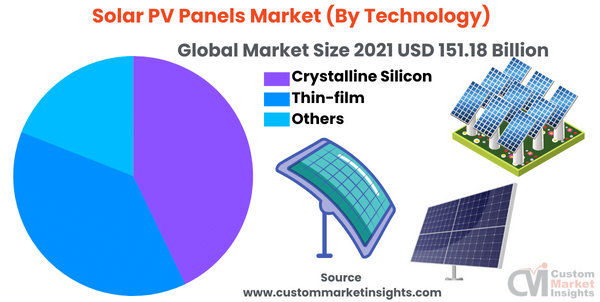 Based on the installation, the on-grid segment has dominated the global market in 2021 due to the rise in the direct power supply of electricity rather than storing them in batteries. The other supportive factors include easy installation, easy energy transmission, and cost efficiency.